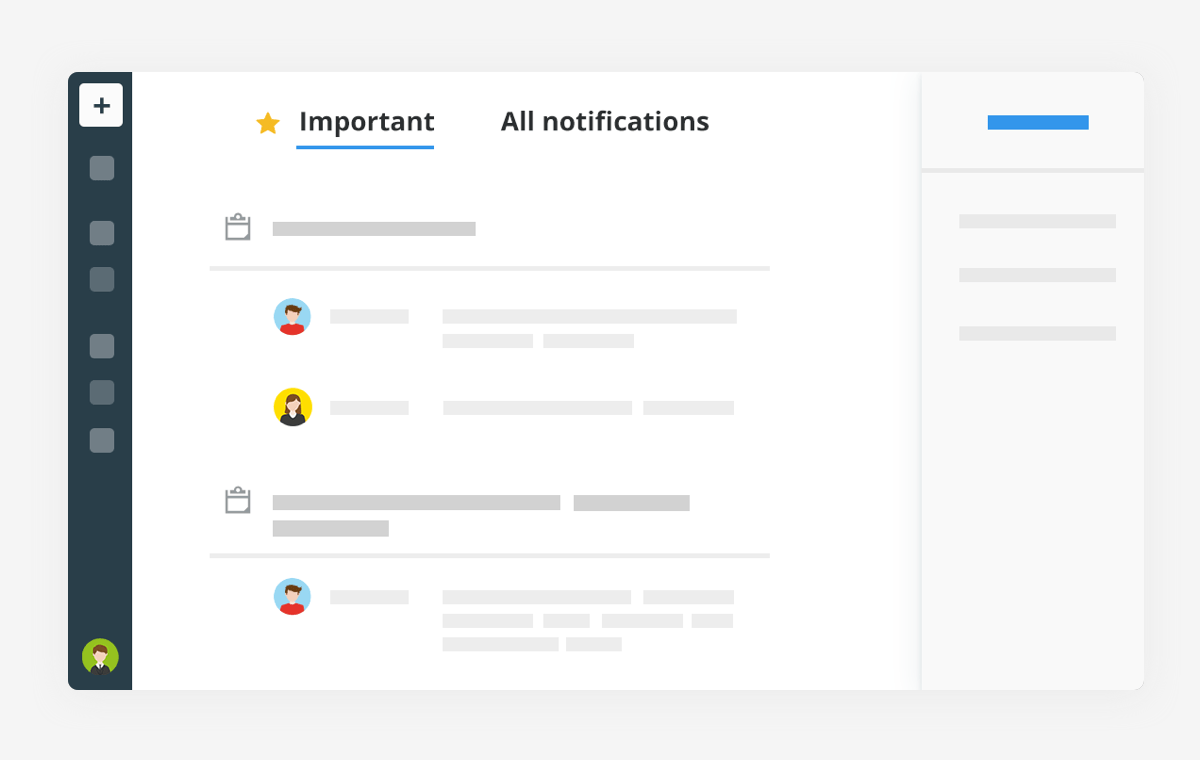 Now you can 'star' a project, task or user to mark items that are important to you. They will appear in the Starred section for quick navigation. 'Starred' enables many ways to bring attention to important items - e.g. on a Big Screen, in your one-on-one meeting, and more. 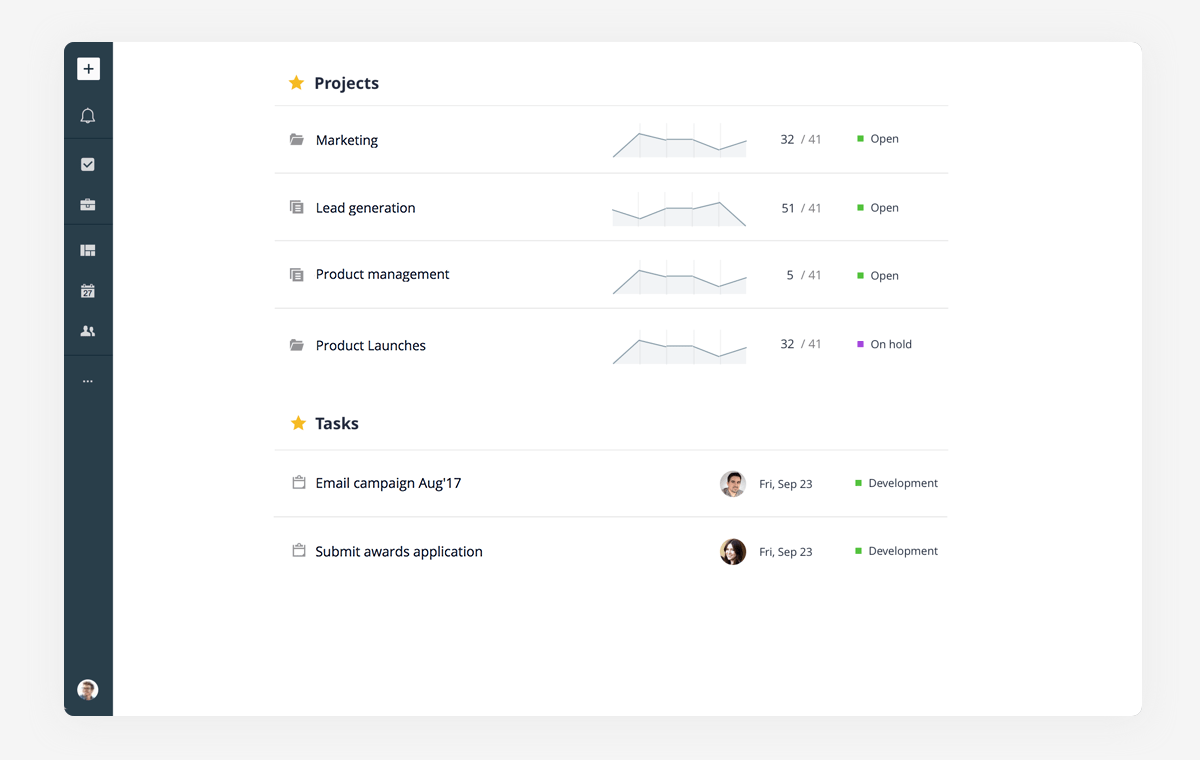 We've improved the UI of activity stream and implemented better filtering options to help you stay on top of all updates you might be interested in. Now you can filter activities by date range, project, user, or activity type. 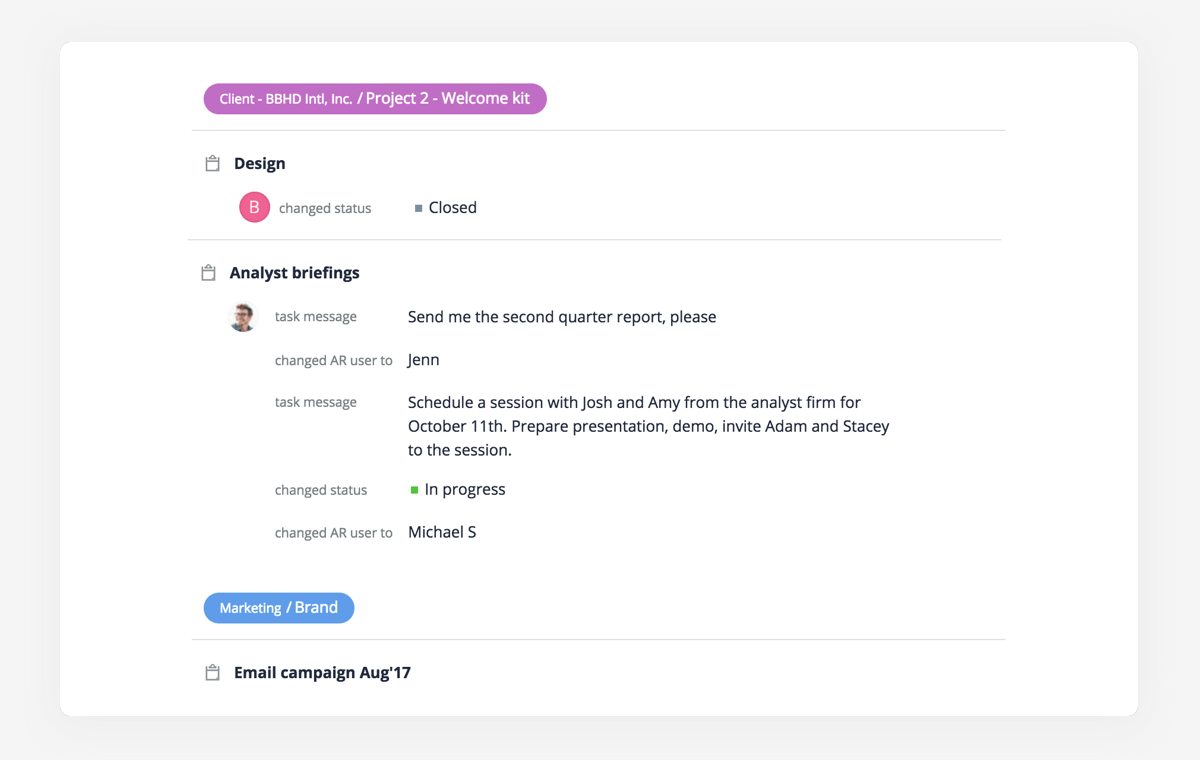